Movement "Citizens of the world let's unite" for the winter reception of Ukrainian citizens. 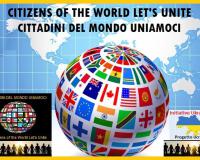 "Citizens of the world let’s unite" Movement in denouncing the killings, the devastation, and the immense suffering inflicted on millions of people all over the world, stated: "We don’t want to be impotent spectators and denouncers of all the wars over the world with their atrocities, suffering, and deaths. Every day, we activists of the Movement ask ourselves, “WHAT TO DO?” It urges us to implement concrete choices for constructing a world of fraternity, collaboration, and universal peace.”

Since February 24, 2022, Putin's Russia has unleashed a criminal war of aggression and destruction in Ukraine, with many documented human rights violations and international humanitarian law violations. The Russian army deliberately targeted and destroyed hospitals, schools, and civilian neighborhoods. It tortured and executed unarmed civilians. It raped women. The Russian military said it had deported some 2 million Ukrainian citizens to Russia, including 307,000 children. The extensive destruction of cities, towns, agricultural lands, forests, and water sources by the Russian military will plague Ukraine for a long time. Putin's war is also purposely aimed at destroying all civilian infrastructure to deprive Ukrainian citizens and families of electricity, gas, water, and heating, especially now that the long winter cold has begun with temperatures that will drop several degrees below zero and inflict the maximum amount of suffering on an entire people to subjugate them.

“Citizens of the world let’s unite" movement is ready to take action to offer, according to availability, welcome, and hospitality, at least in the winter season, to those citizens of Ukraine in serious difficulty mainly due to lack of heating. So, we would like to take action to set up a winter reception and hospitality project feasible in various European countries with the contribution and participation of all European citizens of goodwill.

Considering that in Europe: a) there are countless vacant houses and apartments, b) that many European citizens are available and able to offer a monthly quota for the living needs of families and Ukrainian citizens who are winter refugees, c) that many public administrations would give their support to the winter welcome initiative, "Citizens of the world let's unite" movement proposes the establishment, on voluntary adhesion, of an operating committee made of organizations, movements, institutions, citizens, to work out together in good time the ways and means to successfully complete the project aimed at allowing families, children, the elderly, and people in difficulty residing in battered Ukraine to spend the cold winter period in equipped houses with heating wherever possible in Europe. So, we would like to invite all those who intend to make themselves available to be part of the operating committee to send us their email to be contacted and then to quickly set a date for an online meeting to build together the first stage of the project.

The meeting date will be communicated when sufficient adhesions have been received to start the initiative. 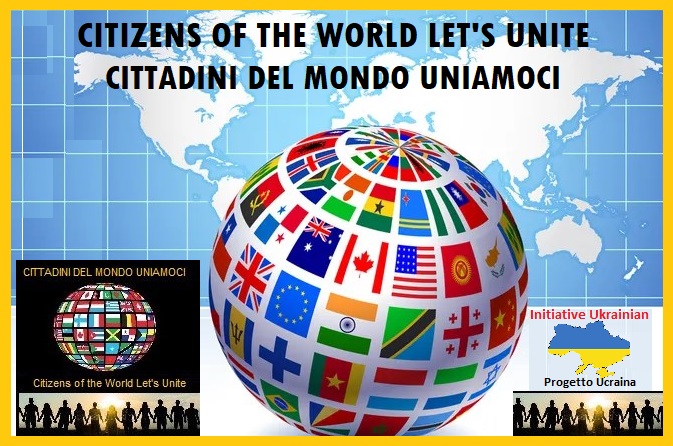